On the 4th January 2022 the Daytones were delighted that Steve West accepted the invitation to become our new Chorus Director after Godfrey Churchouse handed over his director's baton. Steve brings a wealth of musical knowledge with him and, though he reminds us that he is relatively new to the world of barbershop harmony, we are confidently looking forward to him continuing to develop the chorus.

Although music has been a big part of my life for about as long as I can remember, Barbershop Harmony is a genre that I have only started exploring since I retired in 2017. 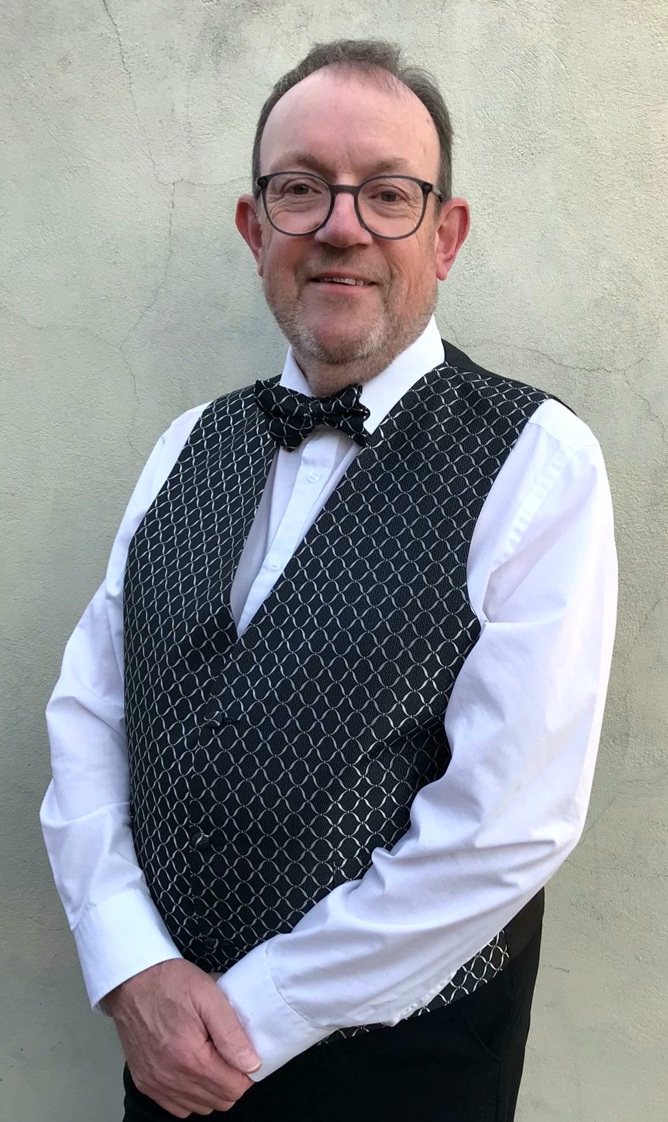 not ashamed to admit to being a southerner - having been born and bred in Hove actually about as southern as you can get without falling into the English Channel!! My parents were both capable pianists and I was sent off to piano lessons from the age of about 6. Of course, I never practiced as much as I was told but it seems that some natural gifting ensured that I scraped through a few exam grades.

I was also a boy chorister at our local church, which included some choral training from a young age. Then at secondary school, I took up the clarinet and the fife (the latter as part of the school cadet corps) and the church organist gave me a few lessons on the church organ. With an hour or two’s advice, I’ve also managed to teach myself the piano accordion, although the two instruments I own live almost exclusively in the loft and are now badly out of tune – so I have an excuse for the awful sound they make when I play them (but not at the same time)!

I am married to Tricia and we lived in Reading for the first 13 years of our marriage. When my work as a Quantity Surveyor in the Construction industry brought me to Leeds, my employers paid for our move north in 1998 and we ended up in Tadcaster; so after 23+ years, we are definitely beginning to feel at home in Yorkshire! We have three adult children and two granddaughters most of whom live locally but with a branch in Central Scotland, which means we have to make regular trips north of the border.

Both Tricia and I are Licensed Readers so much of our spare(?) time is spent in our local churche 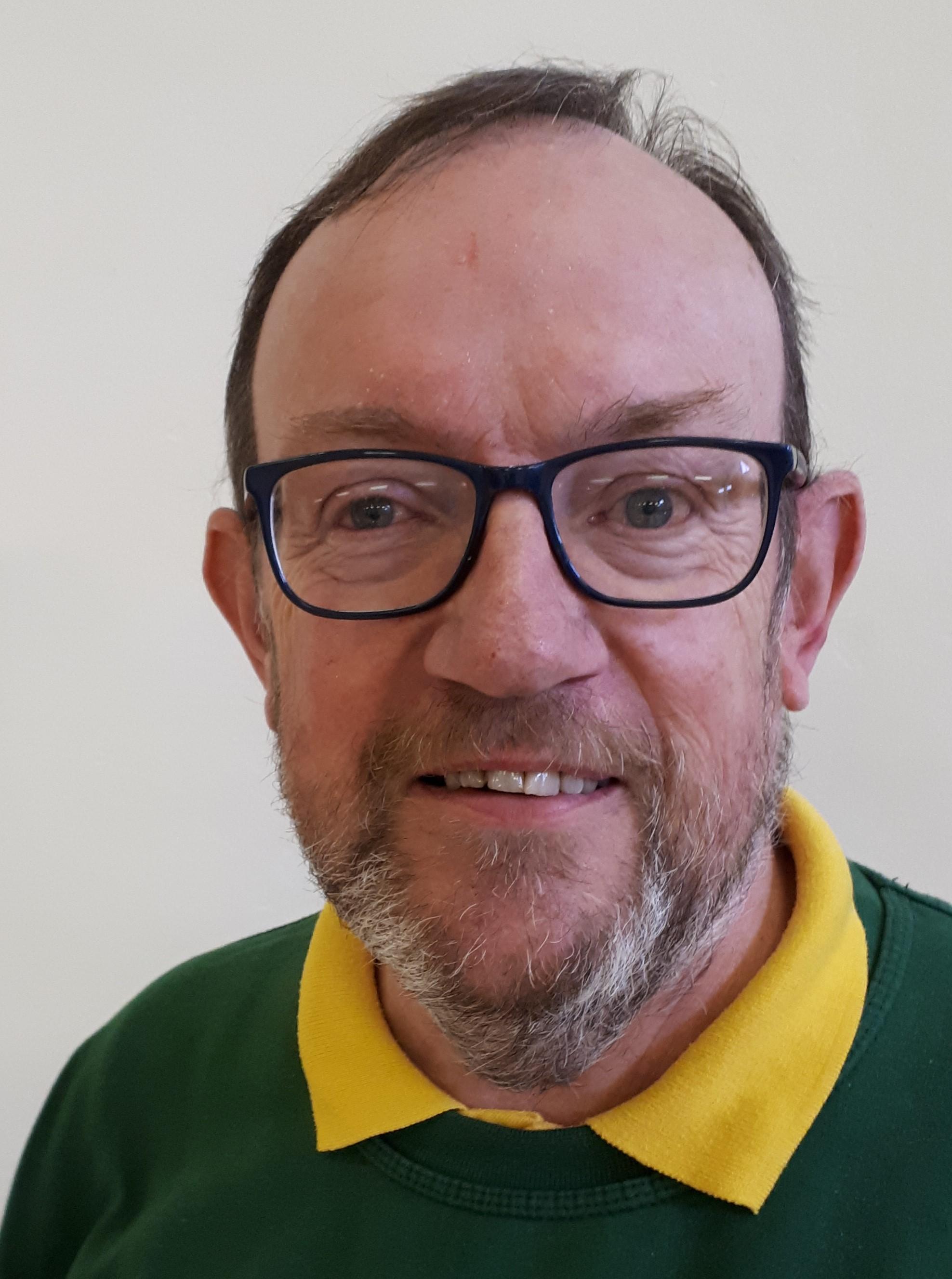 s, leading services and preaching (and often playing the organ as well). I am also frequently involved in taking funeral services which sounds to many people like a really difficult task; yes, it can be, but it is also an enormous privilege to help people through life’s saddest times.

And music’s wide-ranging emotions can bring healing to those sad times. To be able to share the power of music with a group of like-minded men and to bring pleasure to those who want to listen to us is going to be the really exciting part of becoming Chorus Director of the Daytones!

Godfrey Churchouse sang with the Daytones for over twenty years, with some seventeen years as Chorus Director, before in 2021 taking a well-earned rest from long-term custody of the chorus's musical well-being. O 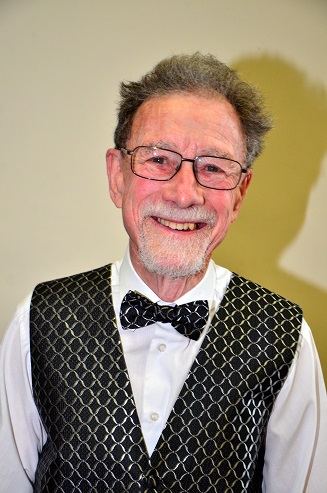 ver the years he has planned his family holidays around Daytones' concerts, planned fifty-a-year weekly rehearsal schedules, led our musical development, and built the culture of the chorus which makes it such great choral group for men to join.

We thank Godfrey for his exemplary stewardship of the chorus: we are grateful for his patience, good humour and skill in developing our singing, repertoire, and reputation so much since he took over in 2004. And over the worst of Covid we have been well served by Godfrey's Deputy Robert Jarvis whose musical and Zoom skills have enabled the Daytones to be in good health for Steve to take over.

In honour of Godfrey's great service, the chorus members voted unanimously to appoint him our Honorary Lifetime President in November 2021. We look forward to him continuing to make his contribution from the ranks of the chorus. His musical biography is recorded on the page dedicated to our President.